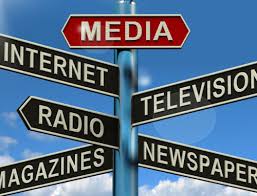 There isn’t an editor in the world who isn’t aware every minute of the day that he needs advertising like a drowning man needs air.

In much the same way every business owner should realise the meaning of these words. I am not saying rush out and get yourselves advertised on some sort of media platform, but realise that every moment of every day something or somebody should inform the general public of your existence, products, services and above all else the quality of your work.

There have been times when business owners have taken this realisation for granted and as result, it affected their bottom line in ways they could not explain…

There are a multitude of different ways to advertise your business, some more effective than others – but ultimately ensure that your advertising is working 24/7/366

For more information, have a look at our Products, Services and Free Resources …

Sociologist Herbert Mead developed a theory known as social behaviourism, which helped explained why past social experiences help form an individuals’ personality. Mead did not believe that personality was developed by drives or biologically, but more on terms socially.  He stated that the self only developed when people interact with one another. Without the interaction of other people, an individual can’t develop a personality. An example of this is if a child is left in total isolation for a long period of time then they don’t mature both physically or mentally.

Next, social experience is crucial, and this includes the exchange of symbols. Only people attach meanings to words and symbols. If you tell a dog to sit and it obeys then you may give it a snack. However, this doesn’t mean it knows why to sit down, but it does so to get food. You can tell a dog to sit for numerous reasons such as wanting to impress your friends or to calm it down because it is running all over the place. Also, Mead noted that understanding individual intentions are critical.  This will help us to analyse how an individual will respond even before we act.  For example, when we’re driving we all anticipate what others may do because of experience. If an individual behind you is speeding up rather quickly, then you can assume that they are about to switch lanes, or you can assume that they are in a rush and need to get somewhere quickly. Mead refers to this as taking another individual’s role.

Another important theory that is related to social behaviourism is the looking-glass self. This is basically like mirroring what we think others think of us.  If we think others view you as being “good looking,” then you will see yourself as being good looking, or if you think people think that you are fat then you will have that image of yourself. People take the roles of other people during development. Infants have very little knowledge so they tend to mimic others. Children often have creative minds and take on roles of other significant others or people such as parents that have special importance in their social development.  For example, children will playhouse in which someone will take the role of a mother while another take that of a father. As they age children will learn to take various roles and adjust to their surroundings. As we continue to age we will continue to see changes in our social life.

There are a lot of critics of Mead’s theories and some claim that he focuses too much on society in developing an individual’s behaviour. Another sociologist Erik H. Erikson stated that, unlike Freud who believed that personality was pretty much set in stone in the first couple of years of an individual’s life, that personality changes in stages and occurs all the way up to death. His theory is not all that accurate as well because people experience changes in different orders and times. Through all of the disagreements, sociologists generally agree on this main idea, and that is that the family has the greatest impact on an individual’s socialisation abilities. When an individual is an infant they have no control and usually rely on their parents and family members to help nurture them.

Through family, they learn several communication techniques such as trust, culture, and beliefs.  Don’t get me wrong, not all learning comes solely from family; they can come from the environment as well because in a lot of cultures they use the environment to help raise a child. I guess the saying is true in which it takes a “village to raise a child.” It may not be surprising to you that different social classes tend to raise their children differently. An interesting survey that happened in the United States compared what a lower class family would want in a child compared to that of an upper-class family.  A lower-class family would usually favour obedience and conformity while an upper-class family would tend to favour creativity and good judgment (NORS, 2003).

Have you ever wondered why? Well, the reason is lower-class workers tend to have jobs that they must be very obedient in and are highly supervised. Subconsciously they are gearing their children towards that route and will even use physical punishment to achieve it. In upper-class workers, they tend to have jobs that inspire individuality and creativity which is very similar to the traits they would like to have in their children.

The school also has a large effect on an individual’s personality. If you think about it, you spend a huge chunk of time each day at school. It’s also interesting to note that children tend to play with people of the same race and gender and that boys are more physical and aggressive while girls are more well behaved. Boys also tend to find abstract activities more interesting like video games and girls tend to be more artistic.

The same thing follows when they get to college because boys tend to major in physical sciences, and computing while girls usually major in humanities and arts. In school is where children discover peer groups or individuals that have similar interests as themselves.  People tend to indemnify more with their peer groups and can have conversations about things they understand like clothes, music, and style.  Peer groups are a way for individuals to escape adult supervision, and people are usually more outspoken in peer groups.

During the adolescent years, people tend to identify more with their peer groups because they identify themselves as an adult and that is also a time in which parents are concerned about who their children hang around because they know that who they hang around influence their behaviour deeply.  During these years the mass media heavily affects individuals as well.  Studies have shown that television has made people more passive and lessened their creativity.  In the United States, they spend the most time watching television and own the most T.V sets per household.

Consider the old saying of “hold your tongue” before you speak, as the impact might not be seen now but will affect an individual for the rest of their natural life. And this I state out of my own personal experience. Enduring 9 years of emotional abuse during the most important childhood years, when the conditioning of the subconscious is the most vulnerable –  affects me to this day. A considerable amount of effort and years of self-development enable me to be able to effectively function with the support of medication.

For this reason, I have collected a fair amount of tools and resources to assist me and I am sharing them with any individual who is looking for a solution -> Click Here

To your continued success,

May we help you find it?